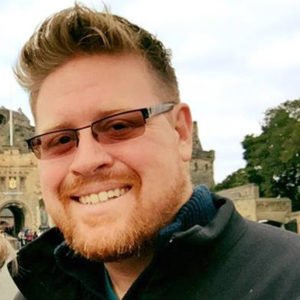 Chris is an artist and entrepreneur in Iowa's Creative Corridor, owning the Bijou Movie Theater in Mount Vernon and co-owns The Fantastic Escape! in Lisbon, the area's highest rated Escape Room venue.

On vacation in Gatlinburg when he was 10, he visited his first haunted house. Since that time, he's dreamed of opening an interactive haunted attraction where guests are part of the story. Working in Orlando, Chris had the opportunity to get hired on at a local scenic shop, where he learned from the best at making Orlando's world class theme parks come to life. That experience led to being on the scenic team for Universal Studios Hollywood Horror Nights, one of the premier Haunted Attractions in the country. We're excited to bring that level of production value here to Eastern Iowa.

Nina can't remember a time when she wasn't thinking about how a space looks and feels.  It was this need to design that led her to study at Iowa State where she received a BA in Architecture.  But the artist side just couldn't face the long slog of what a career in architecture really meant.  Over the years, Nina has done many things from artwork, to photography, acting, volunteer work, and helping people clean out and organize their homes.  It probably doesn't make sense that, "I really love looking for cool stuff at rock bottom prices.  I guess you could say I am a very organized hoarder."

Scenic work and set dressing has allowed Nina to put everything together into a dream job: knowledge of architectural history, training in creating spaces with atmosphere, set painting and shopping for unique and interesting finds.
A long with being a director of Blue Fire Productions, Nina is presently co-owner and game master at The Fantastic Escape! in Lisbon, Ia. You can view some of her recent fiber art at "Felt Creative" facebook page, as well as painted murals at the Lisbon Public Library.

In his years Chad has worn many hats.  He’s known for being a bit of a “Jack of all Trades”. Actor. Artist. Podcast Producer. Comedian. Emcee. Santa Claus.

But, what he’s most well known for is founding “Canfield’s Frightmare Forest” haunted attraction in 2000, which is still operating to this day as “Circle of Ash” located in Central City. Chad also created haunted houses for the Halloween Haunted Ball, at the Double Tree Hilton in 2015 and 2016.

He’s known for being a master of the “Pepper’s Ghost” illusion, and a unique story teller. Chad and his family reside in Cedar Rapids and are very excited to bring this production to you. 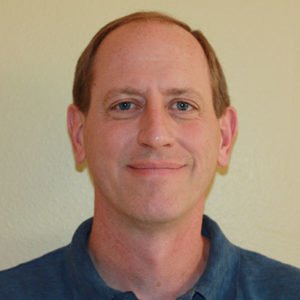 Jesse has been interested in spooky attractions and robots since visiting the Haunted Mansion in Walt Disney World at age 7. He likes to create electromechanical props that are controlled by computers. Which makes sense because by day he works as a computer programmer. In addition to the technical side, Jesse has been active in local acting opportunities. He spends much of his time with his wife and two kids.

Mikeal is an accomplished film actor & award-winning writer who grew up with an affection for genre films after being allowed to stay up late on Friday evenings to watch re-runs of Kolchak: The Night Stalker.

Recently established his own production company, OKAPI PICTURES, which specializes in genre films that are "just a little bit on the different side." The first film produced under OKAPI PICTURES was a kid friendly horror short, BRING ME A DREAM, which stars Mikeal's daughter Kaylynn, and has won 5 film festival awards. Burgin’s next film, SPECIAL, screened in over 25 festivals worldwide, generating 4 awards including Best Short Film at the Scream In The Dark Film Festival, and Best Actress for Kaylynn Burgin's performance as the Child.

Burgin's latest films include, MY FRIEND MAX once again stars his young daughter, and the impeccable Doug Jones (PAN’S LABYRITNH, THE SHAPE OF WATER), a micro-short entitled DARK LIGHT which he wrote and starred in, and the action/horror film I’M A GUN.